Canasta (/kəˈnæstə/; Spanish for “basket”) is a card game of the rummy 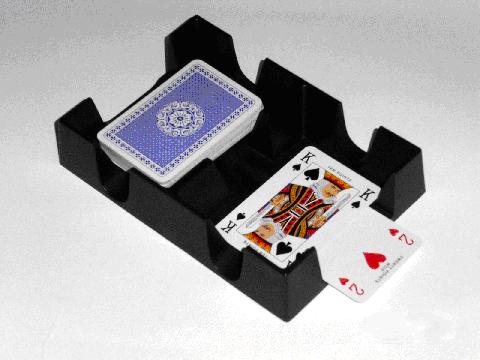 family of games believed to be a variant of 500 Rum. Although many variations exist for two, three, five or six players, it is most commonly played by four in two partnerships with two standard decks of cards. Players attempt to make melds of seven cards of the same rank and “go out” by playing all cards in their hand. It ...